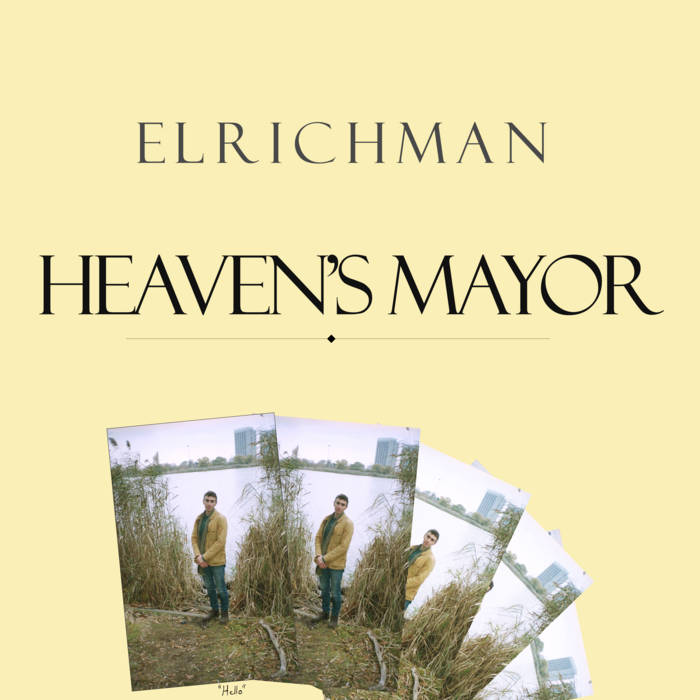 Steeped in both blissful stylistics akin to Orange Juice and Aztec Camera, as well smoother and proggier territory such as Roxy Music and 10CC, Toronto-based sophisti-pop artist Elrichman crafts unusual tunes with intricate arrangements. With songs satirical but filled with happy-go-lucky optimism, Elrichman functions as company for those who feel helpless in a time of abundance and consumption.

Recorded at Toronto’s recently closed studios, The Hive, Heaven’s Mayor looks to meticulously examine how to be honest with oneself in our strange postmodern world. Featuring lavish strings and woodwind arrangements, it’s a versatile sophomore album that allows songs to celebrate their own sonic idiosyncrasies as much as they do their tales of
consumption, helplessness and despair.

Heaven's Mayor will be out on 24th of April 2020 on Bobo Integral Records.

Bandcamp Daily  your guide to the world of Bandcamp

Featuring Gary Bartz, 5 years of Rhythm Section Intl and an LP of the week by Nicolas Jaar